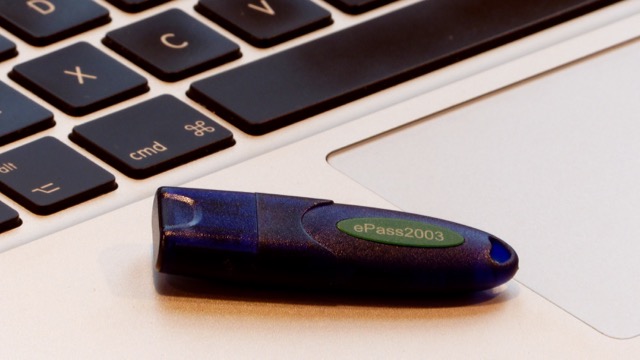 A public key infrastructure (PKI) supports the distribution and identification of public encryption keys, enabling users and computers to both securely exchange data over networks such as the Internet and verify the identity of the other party.

Without PKI, sensitive information can still be encrypted (ensuring confidentiality) and exchanged, but there would be no assurance of the identity (authentication) of the other party.

Any form of sensitive data exchanged over the Internet is reliant on PKI for security.

A security token is used as part of a system to prove one's identity electronically as a prerequisite for accessing network resources. There are many types of hardware and software based tokens, sometimes referred to as dongles, key fobs, authentication tokens, USB tokens and cryptographic tokens.

Ideal device to carry digital certificates and works with all certificate related applications.

ePass is a highly security ensured device for computer and network sign-on.